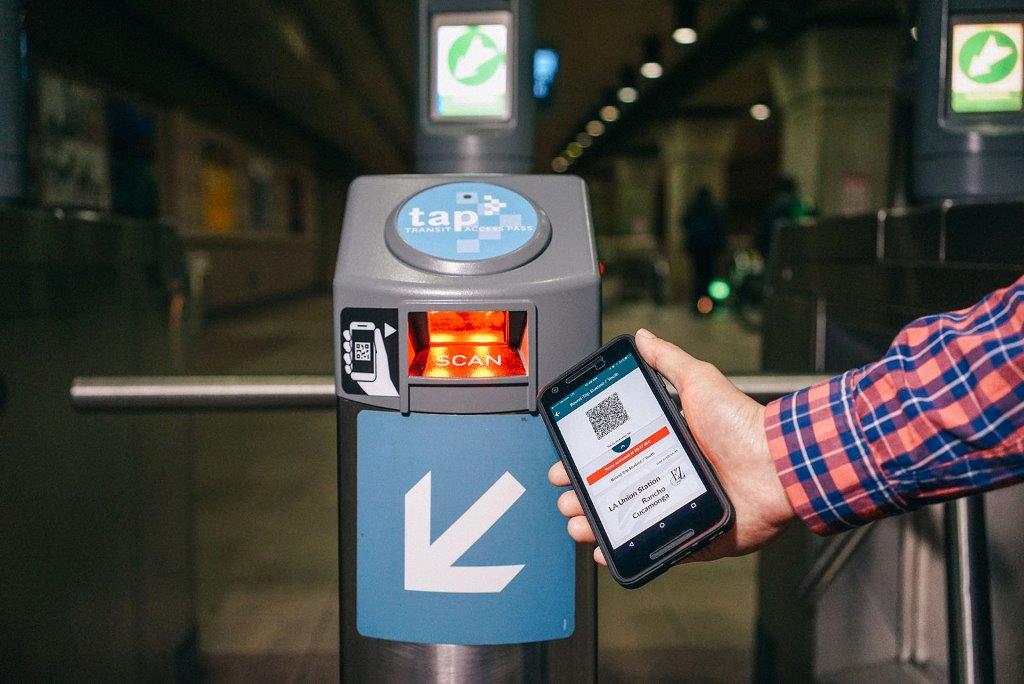 A new year, a new way to transfer

“Today we are very excited to announce this partnership and new technology to help thousands of Metrolink riders who arrive at Union Station every day from six counties around Southern California,” said Metrolink CEO Art Leahy.

Nearly a third of Metrolink riders transfer to Metro Rail on their way to jobs, school and other destinations. Many of them use a mobile app on their smart phones to ride Metrolink. Conductors scan their phones to check their tickets aboard trains, however, up until now Metrolink riders transferring to the Metro subway or light rail lines had to find a ticket vending machine to purchase a TAP enabled paper ticket.

No more. With new optic readers now installed at all gated Metro Rail stations, mobile app users can just scan their phones and get through.

“Working together we are leveraging technology to make it seamless and very easy as part of Metro’s goal to transform transportation for our region,” said Metro Deputy CEO Stephanie Wiggins. “Making it seamless for Metrolink passengers is key, Metro will be doing the same thing later this year.”

The optic reader project cost $1.5 million covered by federal funding and is part of a technology transformation Metrolink has made over the past six months, which includes the launch of a new website and GPS train tracker.

Metrolink is Southern California's regional commuter rail service in its 25th year of operation. Metrolink is governed by The Southern California Regional Rail Authority (SCRRA), a joint powers authority made up of an 11-member board representing the transportation commissions of Los Angeles, Orange, and Riverside, San Bernardino and Ventura counties. Metrolink operates seven routes through a six-county, 538 route-mile network. Metrolink’s passengers travel approximately 441 million miles each year, making Metrolink the second busiest public transportation provider in Southern California. Metrolink is the third largest commuter rail agency in the United States based on directional route miles and the eighth largest based on annual ridership.

This is not a valid email address.